The original Beck’s Mill was constructed in 1808. That facility served the needs of George Beck’s family and the newly arriving settlers until approximately 1825. Then a new and enlarged Mill was reconstructed into a building approximately 30 feet by 30 feet. The Mill was again rebuilt in 1963-64 and made into this two-story structure. The mill continued to operate approximately until 1950.

In 2005 a group participating in the Awareness Washington County (AWC), a Washington County leadership development program, decided to explore the possibility of restoring the Mill. As a tribute to the determination of the members and their understanding of the importance of saving such a unique landmark, their efforts yielded positive results where others had failed during the 50 years prior.

Beck’s Mill is managed by the ‘’Friends of Beck’s Mill’’ a non-profit organization that operates the mill with your admission fees, donations, and memberships. 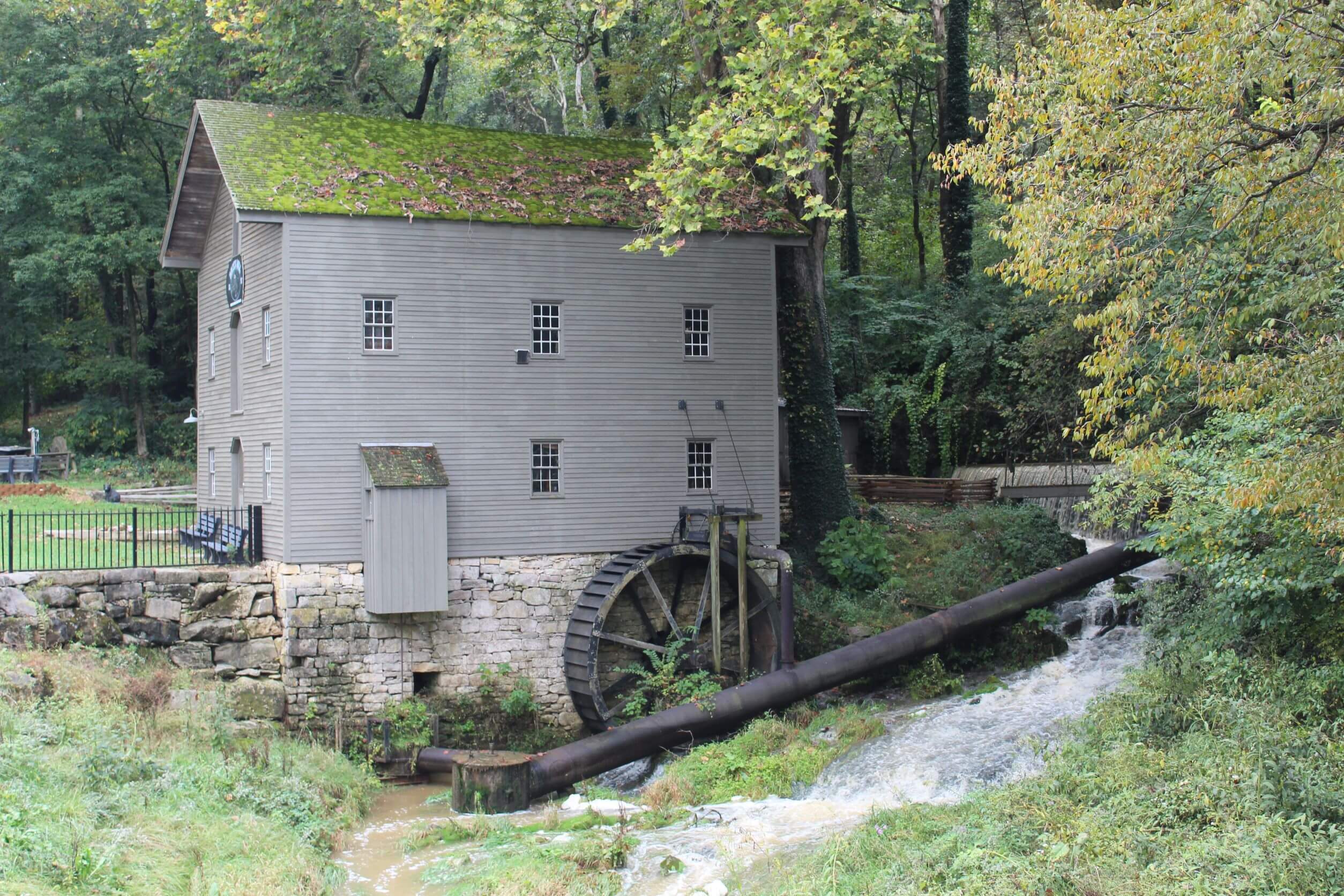 The John Hay Center is a museum complex located in Salem, Indiana. This center houses the birthplace of John Milton Hay, the Stevens Memorial Museum, a pioneer village, and The Depot railroad museum.

The John Hay House was built in 1824 and was the birthplace of John Hay, private secretary to President Lincoln (1861-1865). Mr. Hay was also an ambassador for England and the Secretary of State under President McKinley as well as Theodore Roosevelt.

The Pioneer Village is an extension of the Stevens Memorial Museum. It has been reconstructed as a ‘’living village’’ during the 1840s. Visitors find a visit to the village a challenge to their imagination of the way of life for early settlers. Thomas Hopper is credited with being the first settler to what is now Washington County. George Brock was the first man to settle near Salem. From early settlements came men and women who prominently figured in the development of Washington County.

The Piper Flight Center Museum is located at the Salem Municipal Airport in Salem, Indiana. The museum contains three vintage Piper aircrafts, a flight simulator, and a display room with several display cases containing numerous Piper artifacts dating back to the early beginning of the Piper Aircraft Corporation.

No Admission Fee – Call the museum for a visitation appointment.

Salem secured a grant of $16,000 from the Carnegie Corporation of New York in February of 1904 and broke ground in August of 1904. The Salem library opened in July 1905 and is still in use today as the Salem Community Library. The Carnegie Library is one of just hundreds still being used for its original purpose in the state of Indiana. Indiana received more than 160 grants from the Carnegie Corporation of New York to build public libraries (more than any other state).

An up-to-date railroad museum, The Depot transforms the great moments of a past era of railroad history into a reality to be remembered and enjoyed by countless visitors.

The gift shop is open during normal operating hours and offers many unusual gifts with a railroad theme.

The Stevens Memorial Museum was built in 1970 to preserve community history and heritage. A major expansion was completed in 1995. The beautiful two-and-a-half-story brick building is built of native brick from local historic buildings. The Museum is the centerpiece of the John Hay Center. The main exhibit area includes special sections devoted to early lawyers: a dentist’s office; and one of the town’s earliest and most popular confectioneries.

There are hundreds of native historic relics. Many Civil War mementos are included along with tools, agriculture tools, beautiful furniture, clothing, and other displays. Visitors will find it historically educational and fulfilling in developing its association with the lives of our ancestors. In addition to thousands of items related to southern Indiana history, the museum contains an extensive genealogy and historical library which draw researchers from all over the United States.